What's the difference between fraud and negligence?

Every year there are thousands of investigations launched by the IRS in their fraud prevention campaign. IRS criminal investigations during the 2017 tax filing year identified potentially $2.5 billion in tax fraud and the conviction rate was 91.5%. However, the IRS understands that not everyone is out to commit fraud and that mistakes can happen to anyone.

What you need to know is the difference between fraud and negligence.


Tax fraud is the intentional act of misconduct on the part of a taxpayer that is an intentional and deceitful avoidance of a tax they knowingly owe. The penalties for those found guilty of fraud may consist of hundreds of thousands of dollars and may also include prison time, if convicted.


Negligence is an unintentional mistake made by a taxpayer. The majority of these mistakes occur when taxpayers calculate their own taxes. Common errors are calculations involving math, credits, and deductions. Other errors include the wrong name or social security numbers. This type of errors are not generally considered fraudulent. Although, when these errors result in more taxes owed, it may result in additional interest and penalties for the taxpayer.

The majority of returns with incorrect information are due to mistakes rather that fraud. However, there are common areas that you should be extra cautious so that you can avoid any unnecessary scrutiny of your tax return. Below are some of the most common areas that the IRS will be on the lookout for fraud.

All of your income needs to be reported, regardless of the source. Common income that may not get reported may be from a side job or a contractor arrangement. Be sure to document all payments that you receive, including cash payments.

If you own a business, you must keep a separate bank account for your business and personal transactions to avoid more questions from the IRS. Keep all receipts so you can prove any expenses if necessary. Padding business deductions with non-deductible personal expenses may be considered tax fraud.

The IRS knows how complex the tax codes can be to taxpayers. Unless the IRS has reason to believe that an act on your part was intentional, it will be considered an accident. If you need help, contact our office at (866) 497-9761 to schedule an appointment with our tax advisors. 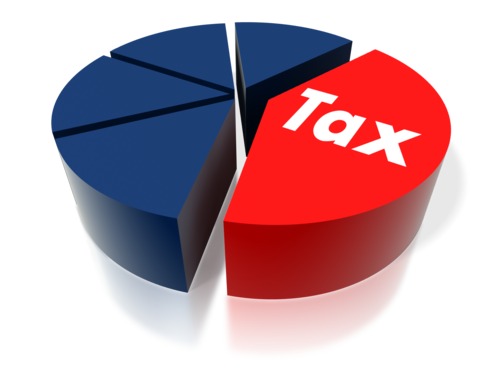 3 Tax Myths That Could Cost You

Don’t take on the IRS Alone

The Tax Deadline is Here!